Test environment for the high lift system (landing flap and slat system) of any aircraft.

The High Lift Slat Flap Test Rig (HLSTR) is a test environment for the high lift system (landing flap and slat system) of any aircraft.

While the high lift system has improved the take-off and landing characteristics of previous aircraft generations, it has now become a necessary and security-relevant system. Larger aircraft such as the A380 therefore require it for take-off and landing. The demands on operational safety and reliability have thus increased enormously and so has the testing effort. 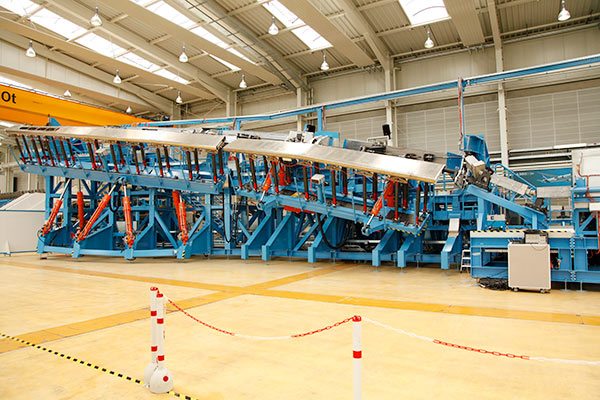 The high lift test environment is used to simulate specific flight and failure situations in order to test the behavior of the complete system, including all mechanical, hydraulic and electrical components under realistic conditions. The control lever in the cockpit as well as the control computers and the power supply in the aircraft are also part of the system to be tested.

Within the realisation of the test rig for all newer Airbus models -including the A380 and A350- IgH created the test rig control system for the air load simulation. In addition to planning and delivery of the automation hardware, the scope of supply also included customer-specific software creation as well as training, instruction of operating personnel and documentation.

In addition to countless force and position control loops, setpoint generation and complete recording and archiving of all measurement data relevant for aircraft certification are also part of the automation solution.