Conception and realization of the control of the drill head of a tunnel boring machine.

The tunnel profile is created by the radial position depending on the angle of rotation.

The rotary drive of the cutting head is operated hydraulically. The head is driven by four hydraulic variable displacement motors, which are supplied by two pumps in a closed circuit. Both pumps and motors can be adjusted in displacement to cover a wide speed range.

The swivel arms are operated by hydraulic cylinders, which are fed by servo valves from a constant pressure system. Both the speed and angle of rotation at the drill head as well as the cylinder position and arm pivot angle are controlled fully servo-hydraulically. For this purpose, both the rotary actuator and the swivel arms are equipped with extensive sensor technology and high-performance control and servo valves. 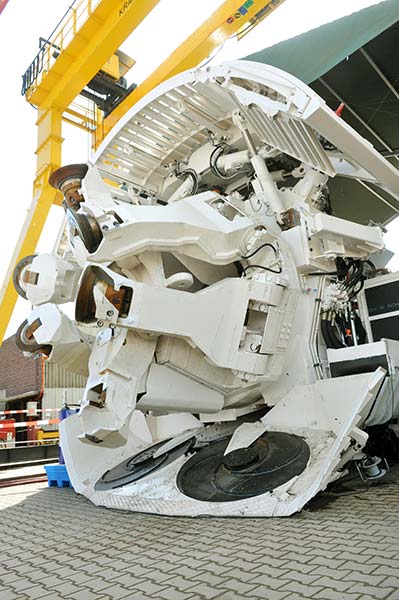 Signal IO has been implemented with EtherCAT. For redundancy reasons, a ring topology was chosen, whereby the EtherCAT bus was also transferred to the rotating head control system via slip rings. EtherLab was used as control system. 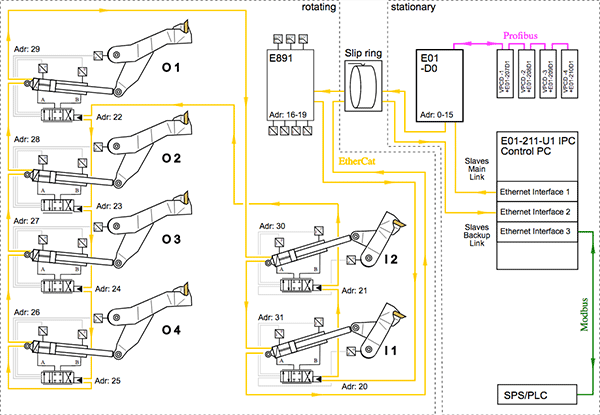 As part of the technology study "Mine of the Future", in which a prototype of the machine was built and tested, IgH designed, implemented and commissioned the control system for the drill head. 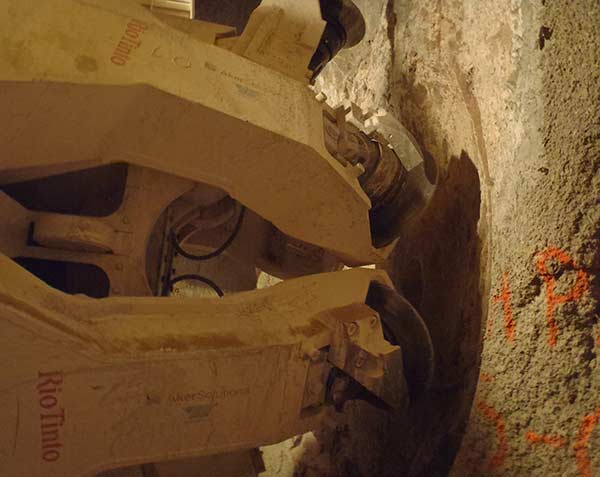 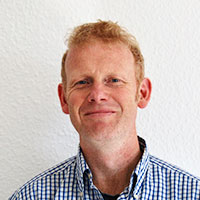